GENEVA (3 September 2019) - UN human rights experts* have expressed grave concerns about the use of incommunicado detention by the military in Myanmar, along with allegations of torture and ill-treatment and deaths in custody since the outbreak of armed conflict in December 2018 in northern Rakhine and Chin.

“The practice of incommunicado detention must be immediately brought to an end. Detainees’ right to a fair trial, including access to a lawyer, must be upheld,” the experts said. “There must be a credible independent investigation into the allegations of torture and inhuman treatment, deaths in custody, and reliance on forced confessions in cases involving Arakan Army-related allegations. All perpetrators of such violations must be held accountable.”

The experts cited the case of Naing Aung Htun, who was held in incommunicado detention from 8-21 August and allegedly given electric shocks by soldiers, after which he confessed to having ties to the Arakan Army insurgent group.

“We are distressed by the use of incommunicado detention where individuals are suspected of being associates of the Arakan Army,” the UN experts said. “It is essential for detained people to be able to communicate with the outside world, especially with family members and their lawyer. We are especially concerned because incommunicado detention may facilitate torture.”

The experts’ concern about the use of incommunicado detention is heightened because of the reports received regarding at least 15 deaths in custody of men alleged to be associates of the Arakan Army. The military has said that it is investigating these deaths, and the experts call on it to make the results of that investigation public and to hold any perpetrators accountable.

Naing Aung Htun was among inhabitants of Kyaukyan village in Buthidaung, northern Rakhine, as well as around 50 others displaced from neighbouring villages, who were rounded up by the Myanmar military on 8 August. Five men were arrested on suspicion of being associates of the Arakan Army and held incommunicado. They appeared in court in Buthidaung on 13 August when they were charged under section 50(a) of the Counter-Terrorism Law 2014 and four of them were released on 27 August.

Naing Aung Htun’s father said his son had sustained injuries to his face and was complaining of pain in his chest and back, headaches and being unable to chew. He received medical treatment in a civilian hospital before being transferred to a military hospital for three days, and was then returned to detention. He has been charged with an additional offence under section 52(a) of the Counter-Terrorism Law in court on 21 August. His father visited him in prison on 22 August.

“There must be an investigation into the allegation that Naing Aung Htun was tortured, and he must receive appropriate medical attention,” said the UN experts. “His right to a fair trial must be upheld, such that any confession he made as a result of torture should be excluded from evidence against him.” 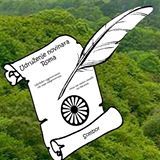